Information from Ukraine – 54th day of the war 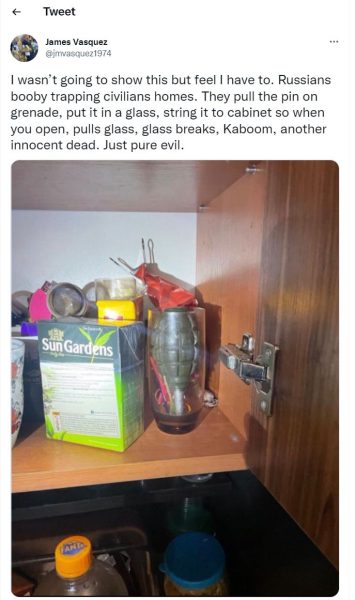 Improvised explosive devices are left in abandoned houses, while butterfly mines have been scattered in the rubble. PFM-1 (“butterfly mines”) are anti-personnel mines used by the Soviet Army, including during the war in Afghanistan. The shape of the mines resembles a “plastic” butterfly and has often been mistaken for a toy by children, which has resulted in countless cases of disability among Afghan children. The Russians are using proven tactics to terrorize Ukrainians, hinder the retrieve of cities and the subsequent reconstruction. In the future, demining of Ukraine will take many years and will consume vast amounts of money.

Soldiers confirm information about the traps from the Ukrainian Foreign Legion. 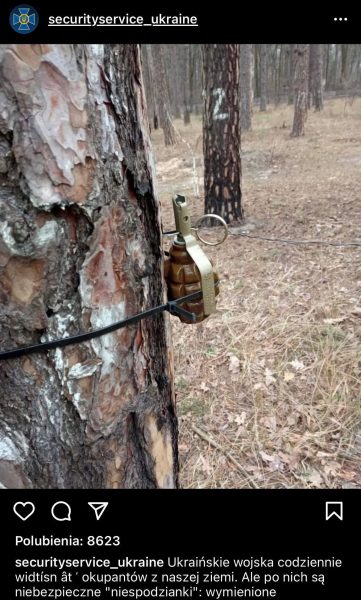